- Yet Another Webcam Software -

Capture Image When there is no Motion - Help Understanding Settings

Capture Image When there is no Motion - Help Understanding Settings

I'm having some issues understanding how I would need to set my settings in motion capture to get the software to take an image when motion stops.

I am trying to set up a specific kind of timelapse for my 3D printer while using the materials that I have. I have my 3D printing code to move the print head out of the shot at each layer transition and then pause (I can control how long the pause is, but preferably the shortest possible).

I would like YAWCam to take a picture when my printer pauses, in between layers.

Just playing around, turning off the invert, I was able to get some pictures taken after the pause when the printer begins to move again, but the object and the print head arent in the right spot. 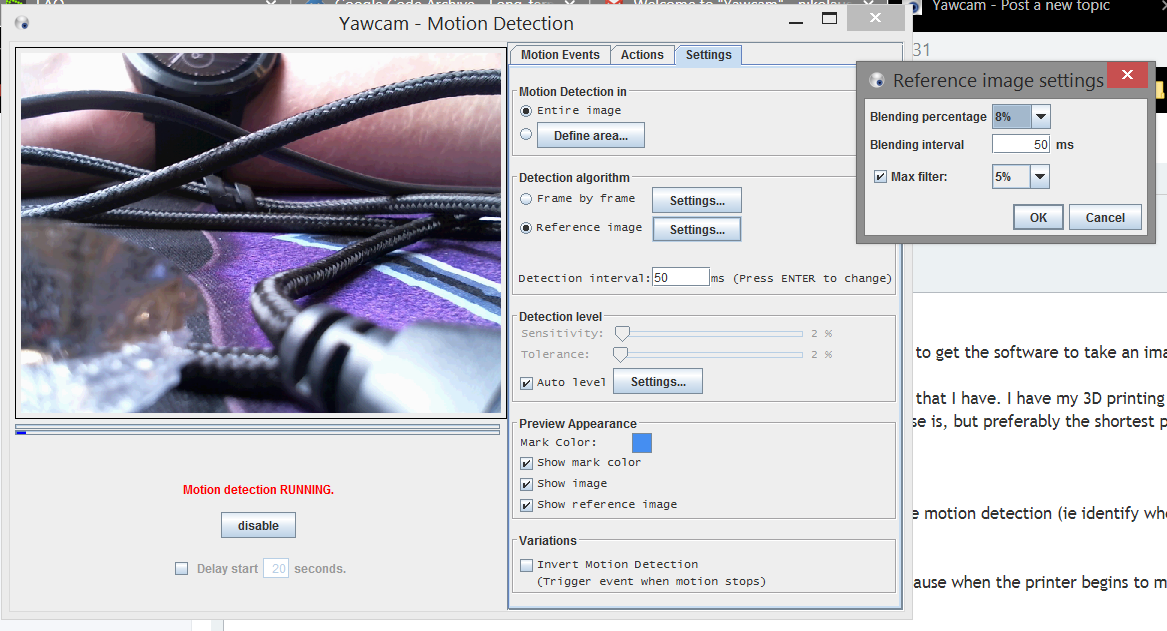